Kanelbullar, sticky buns, cinnamon buns, and cinnamon rolls; isn’t it all the same? Not quite! It’s similar, that’s certainly true, but kanelbullar (the Swedish cinnamon rolls) are truly unique because of the cardamom flavor.

We have tasted a lot of kanebulle in Sweden and thought it was about time to make them ourselves – but an easy & fast version! Let make some puff pastry cinnamon rolls!

To really enjoy your kanelbulle (plural: kanelbullar), you first need to understand the concept of fika. In Sweden, fika is taking a moment with colleagues, family, or friends to drink coffee and eat something sweet.

In the Netherlands we also know ‘coffee time’ as a pleasant moment between breakfast + lunch and / or between lunch + dinner.

A kanelbulle is one of the most famous fika snacks, let’s explain what it exactly is and what variants there are!

There are cinnamon rolls (kanelbullar) and cardamom rolls (cardamom bullar). The cinnamon buns also contain cardamom, but no cinnamon is used for the cardamom buns. We are going for the cinnamon version in this recipe.

Cardamom is normally put in the dough of the cinnamon roll. But in this recipe, we don’t make the dough all by ourselves – that’s how we’re done quickly – with puff pastry!

We make these cinnamon rolls with a roll of fresh puff pastry. Do you eat vegan? Then buy vegan crescent dough.

It is very simple: you mix soft butter with sugar, cinnamon, cardamom, and a little flour into a nice mixture. You spread this over the puff pastry or croissant dough.

Then comes the best part: we are going to turn the strings in such a beautiful shape! Take a string and roll it, so that a twist is formed. Place the beginning of the twist on the counter and hold it with a finger.

With your other hand, twist the string around the beginning and hide the end under the cinnamon roll.

Brush the cinnamon rolls with soy milk or a beaten egg and bake them at 200 °C / 392 °F, in 15 minutes. Meanwhile, make pearl sugar by heating sugar with water in a pan and stirring in the meantime. Pour a nice cup of coffee and enjoy your puff pastry cinnamon rolls! 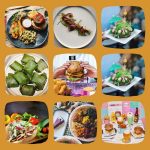 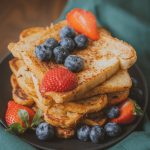 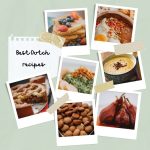